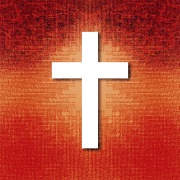 Recently I was reading some of my notes on Abraham Joshua Heschel’s excellent book “God in Search of Man”.  I came across this quote that I’d wrote down. I thought I would share it because of its depth, its challenge, and I think its truth:
“It is customary to blame secular science and anti-religious philosophy for the eclipse of religion in modern society. It would be more honest to blame religion for its own defeats. Religion declined not because it was refuted, but because it became irrelevant, dull, oppressive, insipid. When faith is completely replaced by creed, worship by discipline, love by habit; when the crisis of today is ignored because of the splendor of the past; when faith becomes an heirloom rather than a living fountain; when religion speaks only in the name of authority rather than with the voice of compassion – it’s message becomes meaningless.”
What do you think about it? When I read this quote, it so convicted me as a pastor, because the life of faith shouldn’t be dull or insipid. But I wonder how often faith moves from a living fountain, to a dead pool? I also wondered how am I ensuring that the faith I preach is living? That the love I espouse is active? That the relationship I have with God never becomes irrelevant, dull, or oppressive. These are the questions that this quote brings up for me that I’m thinking through today.
What about you? What do you think about it? What questions does it bring up?